Been slacking again, but would you expect any less?  I enjoying drinking too damn much and I started watching the Wire. What?  It's still relevent.  So I've been stockpiling links upon links of things I eventually will talk about and this first batch is bands I had never heard of until just recently.  Here you go:

Pretty Much Amazing posted about this band Airlines that I'm starting to put into heavy rotation.  Totally more of that lo-fi chillwave music I beat against your ears, but screw you if you don't like it.  I want summer damnit!  Below is their EP from their Bandcamp (btw the greatest thing ever!) page for listen and pay what you like (read: free) download.  Huzzah!

Next on board is some Norwegian pop, because who can't get enough of that?  This act is the best thing to come out of Norway since Sondre Lerche & Erland Oye. (Editor's Note: totally had to wikipedia norwegian acts to find two I knew of, but I came away with the knowledge that Erland is the brains behind Whitest Boy Alive. FTW) 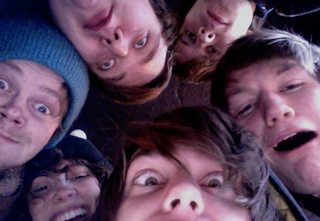 Anywho, the bands name is Team Me and they are catchy as hell.  Here is the track "Dear Sister" (thanks to Audio Muffin).  If this gem isn't enough for you to just listen to you can click here and play an 8-bit video game adventure to the track. 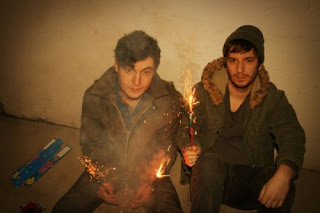 How about a sick drum beat to go with some killer guitar?  Sure thing people.  Again props to Pretty Much Amazing, I give you 1,2,3 - Riding Coach & Confetti.

Gorilla vs Bear/Altered Zones have got this haze dub thing on lockdown.  They've completely gotten everyone to dig retro sounds again.  This stuff from Peaking Lights is silly good.  Here is an unofficial video for "Tiger Eyes" and "All That the Sun Shines".

Peaking Lights - Tiger Eyes (Laid Back) from Know Phase on Vimeo.
Peaking Lights - All The Sun That Shines from Not Not Fun on Vimeo.
You are going to have to trust me on this one, you need patience to enjoy what I've embeded below.  Apparently I should have heard of these guys before, but it's never too late!  The build up is killer and it is just instrument on top of instrument, I may be a weird nerd but this is damned good.

Promote Your Page Too

Send me your track 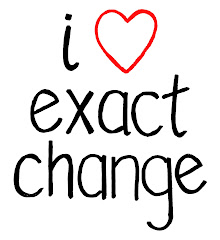